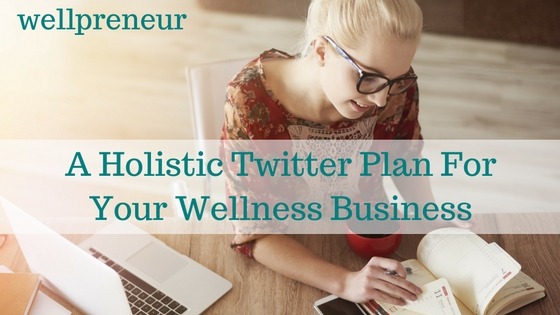 This article is a guest post by Melanie Deardorff

Earlier this year, I decided to get serious about Twitter. I’d had an account since 2009 and used it regularly for a couple of years, but then virtually abandoned it — just tweeting every once in a blue moon and feeling guilty I didn’t like it more. (My day job is a digital marketer, and to say I didn’t like Twitter much almost amounted to heresy! Guilty feeling #1.)

While attending IIN’s health coach training program, my interest in Twitter began picking up because I was answering questions about it, helping other students through Facebook groups. Though I was coming from a good point of understanding Twitter, I felt a little hypocritical not using it much. (Guilty feeling #2.)

So I got more active. I began spending time on it each day, finding and following other health and wellness pros. I came to see just how many people in the industry were using Twitter – and using it well – and I vowed to do the same.

Six months later, my followers have doubled and my blog is benefiting from the exposure of my ramped-up and more strategic tweeting … but more important than these things is that I’m having more fun on Twitter than ever before and am meeting and interacting with some amazing people!

As I look back on what I’ve done in six months period of time, I found a dozen things that are working for me and for many of the people I’m following on Twitter.

Here’s my well-rounded, holistic Twitter plan for a wellness business:

So there you have it: the 12-point holistic plan I’m following to get the most out of Twitter. If you’re already on Twitter and are feeling out of balance with it, perhaps my advice is the cure for what ails you. And if you’re not using it today, maybe now you’ll give it a try. Hope to see you on Twitter … I’m@meldeardorff, if you want to follow me. And then I’ll follow you back. 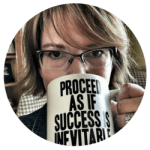 Melanie Deardorff is a veteran marketer whose focus has been digital and social media marketing since 2009. Based in the U.S. Midwest but transitioning to more of a digital nomad (work from wherever) lifestyle, Melanie partners with companies of all sizes and industries, including nonprofits. A special passion of hers is helping small companies, including health and wellness-focused businesses, stand out and be authentic online.

Here's what you'll learn in this

I'm an alumni & an affiliate of Marie Forleo's B-School.
If you sign up through my link, I may receive a commission. Thank you!