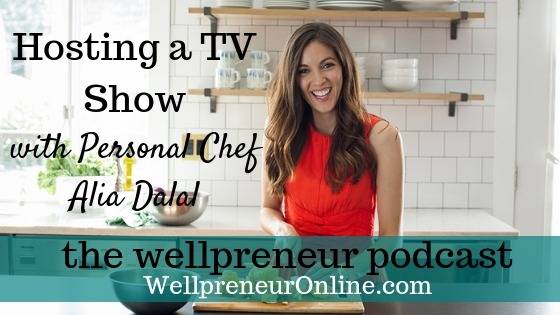 Today I’m speaking with healthy food chef Alia Dalal. I met Alia several years ago and she was a member of one of my very first small group coaching programs called Wellpreneur Incubator. She is a personal chef and she was teaching cooking classes and doing personal chef services and at the time we started working together she was trying to find new ways to diversify her income and expand her reach so she didn’t have to spend all of her time just cooking, which she loves to do, but there’s only a certain amount of time you can spend doing only that, right? It’s really great to have Alia now on the show to share what she’s created, and today in particular, because the reason I wanted to have her come on was to talk about television. Alia has had a lot of experience getting herself on the television in a few different ways: she’s done a self produced show, she hosted a show on a local TV network, and she’s created a cooking show for a private network which I didn’t even know existed as an option – how cool is that?! And it really got me thinking about the potential of using video, and we talked a bit about using online videos for wellness businesses but she is doing actually television as a video, and I think it’ll expand your mind on what’s possible. I know a lot of wellpreneurs out there dream about having a TV show, so I think some of what Alia says will open your eyes and maybe shatter some misconceptions, I know it did for me. Alia is super cool, I love her website and her branding, her personality, it’s just really amazing how she’s been able to turn this personal chef business into something that really fits her and expand it in so many different areas. 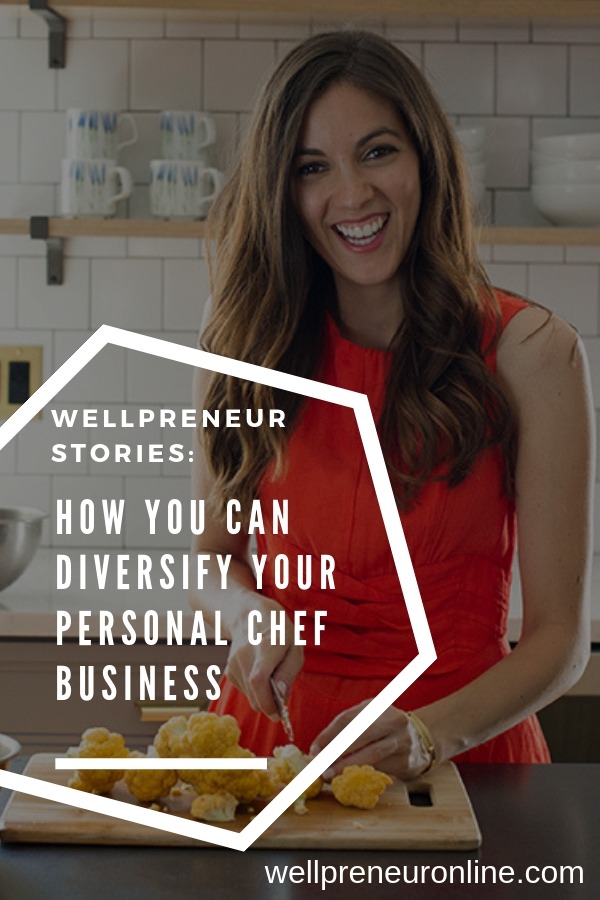 Instagram to grow your wellness business with Sue B Zimmerman {e36}